In our Num Noms Series 2 Brunch Bunch 4 Pack we got 3 scented squishy adorable Nums, 1 motorized GoGo Nom, ( you can see the Nom under the big Num waffle), a cute little frying pan as well as a little flipper for flipping our Nums!

Where Can You Buy Num Noms Series 2 Brunch Bunch Pack? 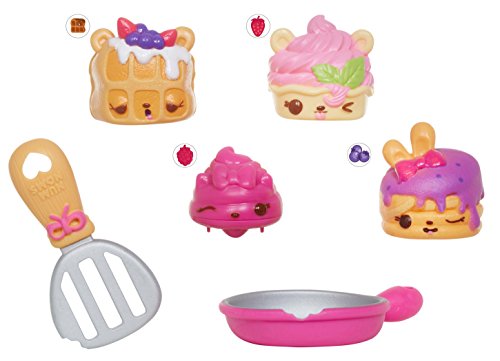 You can buy the Num Noms Series 2 Brunch 4 Pack here online from Amazon!  I found that Amazon has a lot of the Num Noms packs available as compared to other stores.  They are also reasonably priced.

This cute little Brunch Num is Berry Cakes.  Berry is a stack of pancakes that is covered in syrup or a sauce.  It looks like it could be a blueberry sauce.  Berry Cakes Nums smells really good as well and has a very sweet berry smell.

Meet little Strawberry Froyo Num.   Froyo means frozen yogurt, I had to google what froyo was.  I had never heard of frozen yogurt being called that before.  Cool!  So now I know that this little Num is actually frozen yogurt.  Don’t you just love how the strawberry yogurt is swirled on top of her head and she smells strawberry sweet. Waffles and pancakes with some strawberry froyo, yum!

Here are more fun Num Noms Series 2 – 4 Packs to collect.  We have the Num Noms Freezie Pops pack and love the cool translucent colors they come in. 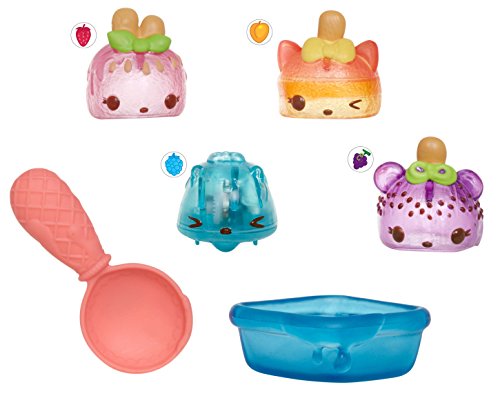 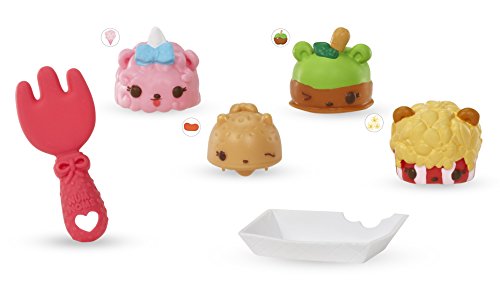 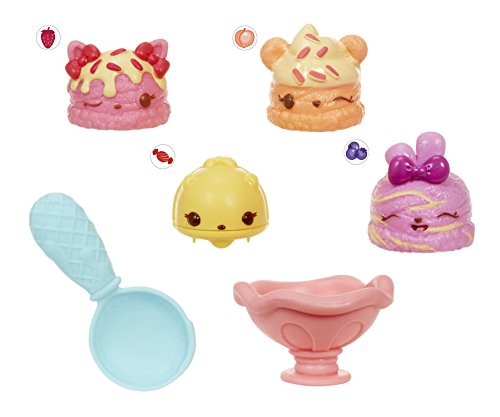